Discovering That Your Child is Being Bullied

There are many situations that parents dread, and one of their biggest nightmares may be discovering that their child is, or has been, the victim of bullying.  Bullies are not just other children who are openly obnoxious.  Sometimes a bully can come into your child’s life masquerading as a friend, or sometimes it can even be a teacher. 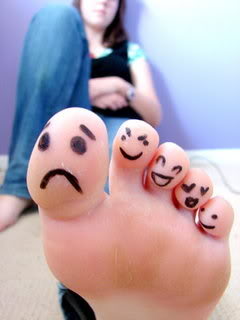 There is a difference between everyday childish disputes, playful “ribbing” between friends and genuine bullying.  A child may come home and grumble about having been thumped or called names by another child who, most of the time, would be considered as a close friend.  This type of situation is often short-lived, does not have any traumatic or psychological impact on the child and, often as most parents know, will blow over as quickly as it began.  Children will often embellish and fabricate stories for effect, but being able to differentiate between a harmless tiff and true bullying is important.

Signs That Your Child May Be a Victim of Bullying

When a child is being exposed to persistent unwelcome behavior, either mentally or physically, and is genuinely disturbed by what is happening, then it is crucial to listen to them, believe them, and take positive action.  However, not all children will admit to being bullied. Usually there will be signs, some subtle and some obvious, that your child is the victim of bullying.  These include feigning illness to avoid having to go to school, a decline in subject grades, reluctance to participate in extra-curricular activities, inexplicably losing money or personal property, or (in older children) taking longer than usual to walk to and from school because they have taken a different route in order to avoid the bully or bullies. Physical signs of bullying might include torn clothes, or unexplained scratches, cuts, or bruises. Your child may begin suffering nightmares, bedwetting or mood swings.

Bullying includes harassment, intimidation to varying degrees, taunting and ridicule. Sometimes, bullies are motivated by hate and bias, sometimes by cultural norms, peer pressure, or the desire to retaliate. Bullying may occur within the context of initiation rituals and be labeled “hazing,” or it can be overtly or implicitly about gender, constituting sexual harassment. Sometimes, there is no readily identifiable reason for bullying; when kids are asked who school bullies target, their answers can be disturbing because they are not extraordinary: bullies pick on kids who are “weaker,” “smaller,” “funny looking,” or “dumb.”

Although no standard or universally understood definition of bullying exists, certain elements usually are present. The first is a pattern of behavior over time–repeated exposure to intentional injury or discomfort inflicted by one or more students against another. This behavior may include physical contact, verbal assault, social ostracism, obscene gestures or other aggressive acts that cause the victim to feel fearful or distraught. More serious instances of bullying can result in physical injury or emotional trauma. A second common element is a perceived imbalance of power, which allows one student–or group of students–to victimize others.

Bullying takes on many forms, but all have the same result; they cause misery and stress-related illnesses to their victims.

The following are examples of types of bullying:

More and more children are being exposed to “cyber bullying”, which involves sending malicious text or cell phone messages, posting rude and hurtful comments or outright threats via the Internet.  This issue has also been highlighted in the national news recently, which demonstrates that bullying can follow more sinister paths and does not necessarily mean face-to-face confrontation. Cyber bullying can be more frightening in that it can often protect the anonymity of the bully and, hence, the victim becomes distrustful of everybody.

What Should You Do as The Parent of a Bullied Child?

What Should You Do as The Parent of a Bullied Child?